The climate in the Dry Tortugas is subtropical, which basically means that it has warm and tropical weather in the range of 60°F to 90°F. The temperatures in the Dry Tortugas range from the mid-50s (as a low during the coldest months in winter time) to the mid-80s. The two main seasons are the winter stormy season from December through March which is windier and sees slightly rougher seas, and the summertime tropical storm season from June through November where there is a higher chance of isolated storms (including tropical storms and hurricanes).

Your trip out to the Dry Tortugas will be unforgettable no matter when you come. The weather is always pleasant to guests, though of course it is unbeatable during the early spring months, thanks to the lack of hot weather, rains, or heavy winds. It's always smart to bring sunscreen, even if you are coming in the cooler winter months. Hats and sunglasses are also a good idea. 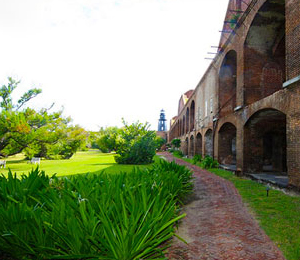